Liz joined the Chaplain’s Office team in June of 2014, moving to Winston Salem from Boston, bringing along with her a love of cold weather and an unshakeable loyalty to Dunkin Donuts iced coffee, or “Dunks”, as she refers to it.  Liz serves as the Associate Chaplain for Catholic Life at Wake Forest, tending to the spiritual, liturgical, pastoral, logistical, and culinary needs of the significant Catholic community here at Wake. 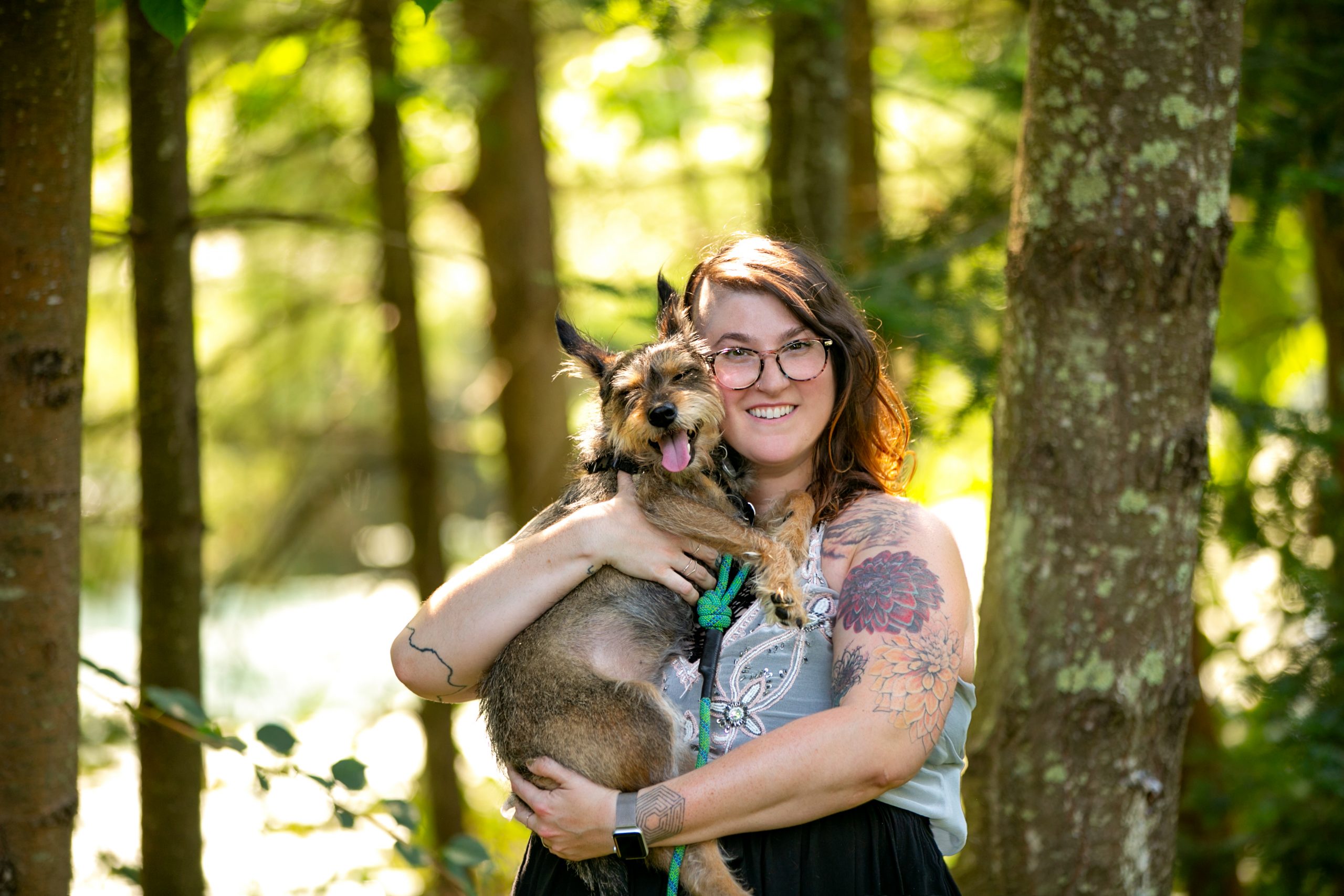 It was while she was at Stonehill College, pursuing her undergraduate degree in history, that Liz first felt called to serve as a chaplain in a university setting. Liz’s own mentors at Stonehill modeled authenticity, presence, and patience for Liz, by accompanying her through the standard-issue life turbulence that comes with being in college; in receiving such care and kindness, and in witnessing these mentors honest faithfulness to their vocations, Liz felt empowered to pay forward what she had received from these incredible women and set out in pursuit of a career serving college students in their faith journey.

After graduating from Stonehill, Liz lived in the community and worked at Haley House, the oldest Soup Kitchen in Boston. It was at Haley House that Liz first began working with men who were just transitioning out of prison, and that work was so meaningful to her, that when she went to Boston College School of Theology and Ministry for graduate school the following Fall, Liz dedicated her studies to a deep dive into the theological foundations and concepts of Restorative Justice models. This is still an area of justice that Liz is deeply passionate about, and has shaped her pastoral and prophetic work.

After Liz graduated with her Master’s Degree in Pastoral Ministry in the Spring of 2013, she spent about a year working in a couple of non-profit organizations in Boston but knew that ultimately, she felt called to chaplaincy in higher education.  When Liz had the opportunity to interview at Wake Forest, she was delighted at how down-to-earth and grounded the Chaplain’s staff was and knew that it would be a great fit for her.  She was even more delighted about a week after her interview when Wake Forest called to offer her the position!

Over the course of her time at Wake, Liz has found places on campus to pursue all of the things that she is passionate about: working directly with the Leadership Team of the Wake Forest Catholic Community to support their development and growth to serve the Catholic Community at Wake, and the Catholic Church as they continue on their journey after Wake; Liz has participated in many Wake Alternative Break Spring Break trips, to New Orleans, Atlanta, and Washington DC, to learn about the intersections of justice and faith in these specific communities; and Liz has accompanied Wake students to the US/Mexico border to participate in a conference on justice advocacy and work in the area of immigration.

Most recently, Liz’s study of the Enneagram has intersected with her practice of spiritual direction, her deeply held belief in the necessity of self-love, and her equally deeply held belief in the necessity of a sense of humor about ourselves; this has all converged into Liz’s presenting style and practical application of the Enneagram that is unique, snarky, and yet at the same time, guided by the aim of encouraging and strengthening our wells of compassion within.  Out of deep respect for the wisdom and artful practice of both the Enneagram and Spiritual Direction, it was an honor for Liz to recently complete certification programs, with Enneagram Charlotte, as a Certified Practitioner of the Enneagram Approach by Anne Geary, and with Boston College School of Theology and Ministry, in Spiritual Formation and Direction, and in gratitude and appreciation for mentors in both programs, Liz continues to seek out creative and authentic ways to integrate both into her life and work.

When she is not talking about the Enneagram, practicing spiritual direction, or cooking for her students, Liz keeps busy with competitive axe throwing (she even built her own big axe!), brewery trivia, developing new recipes to cook for her students, strength training, hunting down vintage pyrex, the occasional hot rod show, and scolding her dog Olive for attempting to chase after every squirrel that crosses their path on their walks.

The Office of Communications is responsible for communicating information regarding programs, and other news to appropriate media sources. Chaplains are available to provide comments for a story or be interviewed (recorded and/or live).  To request, contact Cheryl Walker, director of news and communications for Wake Forest University.