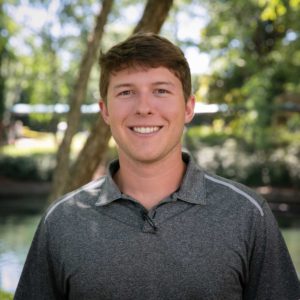 Robby is from Brandon, Mississippi and attended Mississippi State University where he became involved with Reformed University Fellowship. After graduating in 2016, he spent two years in Baton Rouge as the RUF intern at Louisiana State University. During this time Robby met his future wife, Ellis. Ellis and Robby are getting married in August, and Robby is thrilled to join the RUF staff at Wake as a third-year intern. Robby enjoys the outdoors, DIY projects, and eating good food with good people.